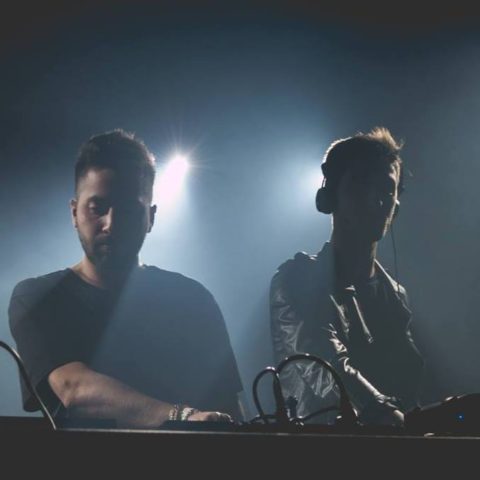 Simone Rizzuto and Alessandro Levrero are primarily two close friends who have a common dream: giving voice to their sound.
After a lot of experiences in the music environment by their own, in 2012 the two producers start the duo project Lowerdose, which... - Read Full Bio

Simone Rizzuto and Alessandro Levrero are primarily two close friends who have a common dream: giving voice to their sound.
After a lot of experiences in the music environment by their own, in 2012 the two producers start the duo project Lowerdose, which has the main aim of creating music connecting their different musical backgrounds.
At the moment Lowerdose are launching their last EP “A New Way” with the label Ogopogo Records, a production of three Tech-House tracks, the result of a long, precise and intense work in the studio.
Simone, born in 1988 in Novi Ligure (AL), has always been surrounded by musicians. He starts to build his music culture and career when he is very young, following his two uncles who are good guitarists: at the beginning he is deeply influenced by Rock and Experimental Electronic music.
His first cassette is “The Final Countdown” by Europe. Years later, hediscovers a big passion for piano, reason why he decides to study the instrument. After the High School period he enrolls at Accademia del Suono of Milan, attending the course of Music Production and Sound Design taught by Dj Skizo (Alien Army, DMC Champion). From his graduation, Simone constantly gives himself to music production, working as Dj and musician as well.
Alessandro was born in 1989 in Genoa but he grows up in Novi Ligure (AL).
Thanks to his elder brother he cultivates a endless passion for music,
especially for Rock and Metal. At 12 years old he starts to play drums and some months later he founds his first band. The musician will never abandon this instrument, which is the biggest love of his life.
After his graduation he moves to Milan, where he enrolls at Accademia del Suono, attending a professional drums course with Maxx Furian, Christian Meyer (Elio e le Storie Tese). During this period he also participates to a lot of seminars with international musicians and artists and he attends Sound Design, Acoustics and Post Production courses.
At the end of his studies he directs all his musical knowledge and
technique to the music production, focusing on Techno and House.

In 2016 Simone and Alessandro found their independent label: RAIN Records.